Skip to content
While King declined to divulge specifics from the private conversation during an interview with CNN, he said that he and Young were “very, very direct” in their conversation with the Crown Prince, known as MBS, and made it clear that the issue of Khashoggi’s murder remains a “big obstacle” in the US-Saudi relationship.
The senators met with the Crown Prince during their recent trip to the region as part of a congressional delegation to Saudi Arabia, the United Arab Emirates (UAE) and Oman.
Administration officials, including President Donald Trump and Secretary of State Mike Pompeo have been reluctant to say whether they have discussed Khashoggi’s murder with the Saudi crown prince or other top officials during having several opportunities to do so since the killing occurred last year. 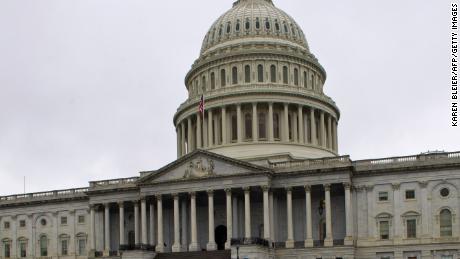 King said bin Salman “wasn’t angry” and “did not seem surprised or taken aback” when they raised the issue of Khashoggi’s killing but was “ready to talk about it and confront it.”
“I think he knows he’s got a problem. He knows he has to be more open and people have to be held accountable,” King said, adding that the crown prince “knows what the expectation is” as far as Congress is concerned.
“The people involved have to be held accountable and I think he has to take on some level of responsibility, whether or not he gave the order,” King said, referring to bin Salman. “He’s still a head of state and it happened on his watch,” he continued.
“I believe they will follow through but … it remains to be seen what they’re going to actually do,” he added.
Earlier this summer, President Donald Trump said he was “extremely angry and very unhappy” about the murder of Khashoggi but claimed that “nobody has directly pointed a finger” at Saudi Crown Prince Mohammed bin Salman, despite the conclusions of the CIA and a United Nations report.
The independent report on the murder, released earlier this year by Agnes Callamard, the UN’s special rapporteur, concluded the killing was planned, organized and carried out by officials working on the behalf of the state of Saudi Arabia.
Under international human rights law, that means that the responsibility ultimately falls on the ruling Saudi royal family, the de facto head of which is bin Salman. The report said there is “credible evidence meriting further investigation by a proper authority” as to whether the “threshold of criminal responsibility has been met.”
In the report, Callamard suggests that the current international sanctions in place on the Saudis are insufficient, and that bin Salman and his personal assets should be hit by targeted sanctions “until and unless evidence is provided and corroborated that he carries no responsibilities for this execution.”
King said it remains to be seen whether bin Salman will ultimately accept any personal responsibility for Khashoggi’s killing or ensure those who were directly involved are brought to justice, but told CNN that he believes the Saudi crown prince “knows what the expectation is.”
The Saudi embassy in Washington did not immediately respond to CNN’s request for comment.

During the trip, King and Young also spoke with Saudi military officials about the ongoing war in Yemen, which has been a particular concern for both lawmakers. Young and King voted against proposed military sales to Saudi Arabia over concerns related to civilian casualties in Yemen.
“I don’t want to be complicit in killing civilians. It’s pretty straight forward,” King said.
Earlier this month, a United Nations panel said the US, United Kingdom, France and Iran may be complicit in war crimes in Yemen by supplying weapons to various parties involved in the conflict. 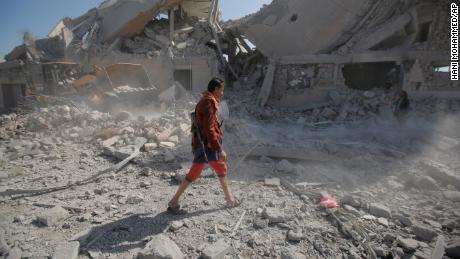 The supply of weapons “perpetuates the conflict” and has prolonged the suffering of the Yemeni people, Melissa Parke, a member of the UN-commissioned Group of Eminent Experts on Yemen, said during a news conference presenting the panel’s findings.
The panel also accused coalition partners Saudi Arabia, the United Arab Emirates and the internationally recognized Yemeni government — along with the Iranian-backed rebels fighting the coalition — of enjoying a “pervasive lack of accountability.”
King told CNN that Saudi officials attempted to reassure them that they are working to become more precise in their targeting and avoiding collateral damage. US officials in Saudi Arabia confirmed that those efforts are underway, he added.
“There seems to be some progress being made,” King said, noting that he thinks the Saudis and Emirates are intent on disengaging from the conflict in Yemen.
Last month, Yemen’s internationally recognized government accused the UAE of launching deadly airstrikes on its troops, as fighting around the key city of Aden raged on — an indication of divisions within the Saudi-led coalition that was formed to fight the Houthi rebels. 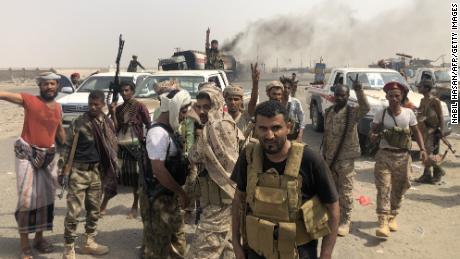 More than 40 people were killed and 70 others were injured in strikes targeting forces of the government — which is also backed by Saudi Arabia, a government spokesperson told CNN at the time.
The rapid deterioration of the situation jeopardizes the distribution of humanitarian aid in Yemen, where more than three-quarters of the population rely on aid to survive and 10 million are on the brink of starvation.
However, King said Tuesday that Saudi leaders committed to making a $500 million contribution to humanitarian assistance in Yemen “by the end of this month.”
“And the UAE is doing something similar. So there’s going to be humanitarian assistance coming into Yemen in very short order, which is absolutely necessary,” he said.
Posted in Democrat Candidates Election 2020