Skip to content
The source did not say when the decision was made, but President Donald Trump appeared to be at odds with one of his senior administration officials Monday over whether the temporary protections would be granted in the aftermath of Dorian.
Administration officials ultimately decided that TPS was not an option for the Bahamians because of the statutory obstacles in place, the time it would take to provide relief and the number of those who would be eligible, according to the official. TPS applies to people who would face extreme hardship if forced to return to homelands devastated by armed conflict or natural disasters, therefore the protections are limited to people already in the United States. Bahamians who haven’t already arrived to the US would likely not benefit from the protections. 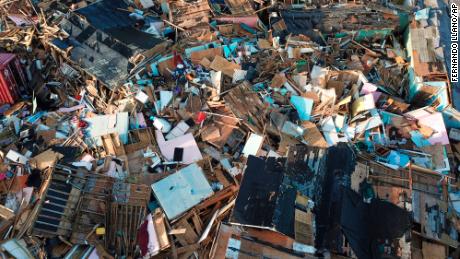 CNN reached out to the Department of Homeland Security and the State Department, which is among those generally involved in the consultation, for comment. State Department referred questions to DHS, which has not yet responded.
In the past, some countries hit by hurricanes have been designated for TPS. In the late 1990s, for example, Honduras and Nicaragua were designated for TPS after Hurricane Mitch. And more recently, Nepal was designated for TPS in 2015 after an earthquake killed more than 8,000 people there. The Trump administration has moved to end TPS for many of the countries with the protection, but courts have so far blocked those efforts.
During a news conference at the White House Monday, Acting Customs and Border Protection Commissioner Mark Morgan said it would be “appropriate” to extend TPS to Bahamians. “There hasn’t been any formal grant of TPS,” he said. “I think that would be appropriate, to have that circumstance.”
Shortly after, Trump appeared to dismiss the idea when asked whether he was prepared to offer TPS. “We’re talking to a lot of different people on that,” the President said, noting that parts of the United States are also recovering from the hurricane, even though damage was not as bad as feared.
“I don’t want to allow people that weren’t supposed to be in the Bahamas to go to the United States, including some very bad people and some very bad gang members and some very, very bad drug dealers. So we are going to be very, very strong on that,” Trump said, who noted “proper documentation” was needed.
There are a set of document requirements Bahamians have to fulfill for admission to the US, like having a valid passport, according to Customs and Border Protection.
In a letter last week, Sens. Marco Rubio and Rick Scott of Florida asked Trump to suspend certain visa requirements for Bahamians who have relatives in the United States. By Monday, Rubio said storm survivors were already being evacuated to the United States without being required to show visas after coordinating with authorities. 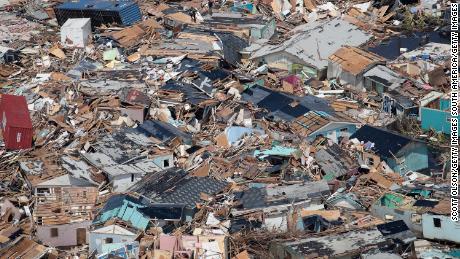 Morgan, the acting CBP chief, told CNN Tuesday that people trying to enter the US after fleeing the Bahamas will be reviewed on a “case-by-case” basis.
“Those individuals who do make it to the United States that don’t have travel documents … we’re going to apply discretion on a case-by-case basis. We’re not going to deny somebody solely because they don’t have travel documents,” Morgan told CNN’s John Berman on “New Day.”
He added that the US doesn’t want to see a “mass exodus” from the Bahamas.